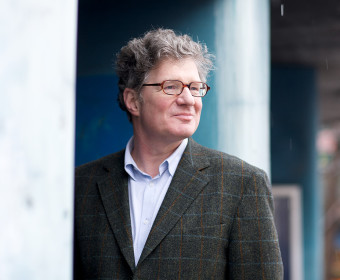 A couple of years ago, I had the pleasure of meeting Roger Willemsen at a party from the publisher S. Fisher Verlage. Since then, I have read a lot of his writing and have seen him live on stage. What fascinates me about his work: the precise power of observation paired with subtlety and respect for the observed, be it a human being or an occurence. He certainly is a jack-of-all-trades, productive, one book per year, one stage program at least! It is pure literary indulgence to read of his observations and thoughts, have them echo through one’s mind, thereby coming to own new conclusions. There are lots of ends to this world – and he is one of the few wanting to visit them all! And each time, he invites someone else to participate in the journey.

That is why I am so happy to announce that Roger Willemsen supports DIE BUCHPATEN. Children are great storytellers and attentive listeners. And I think Roger Willemsen and children have that certainly in common. Because someone who tells such wonderful stories like Willemsen must have a talent for listening. And another common ground I think to have found: unhindered curiosity for the world and everything it has to offer! Nothing is more boring than an adult that cannot become enchanted anymore. Roger Willemsen still gets enchanted and puts everything he touches under a spell! For that we are thankful.

Here one of his newest publications 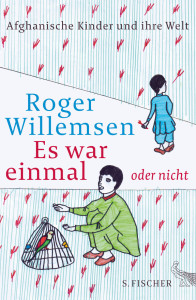 Roger Willemsen has brought home hundreds of children’s drawings, essays and letters from his countless trips through Afghanistan – moving documents of young people whose everyday life is defined by war. During his last trip that went from Kabul to the Panshir Valley in the fall of 2012, Willemsen visited a number of these children. His huge report on this trip combined with the pictures and texts of the children draws up a precise and often surprising image of life in Afghanistan – not just of its dark side, but also of the happy and light moments. It is the life that remains once the international troops leave the country.